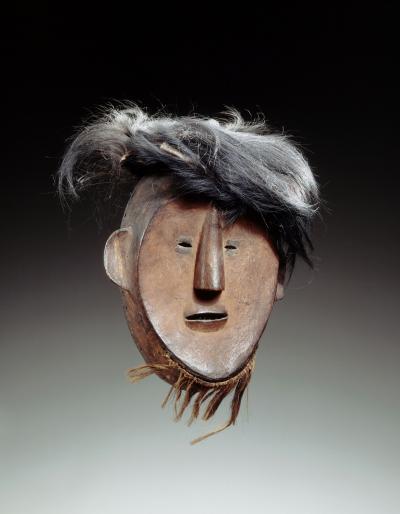 Many peoples of Sub-Saharan Africa have used, and sometimes still use, masks for ritual, political or festive purposes – the one not necessarily excluding the other. The mask must be considered as a whole which includes the object – the mask itself – but also the dancer, the costume and the complete visual manifestation. Nowadays, masks have lost there lively appeal in our museums, as they are most often only represented by faces made of wood.

Masks are generally designed to hide the face and identity of the wearers. However, they also reveal, by means of their stylistic features, information about the identity of the people who wore them during particular ceremonies. Within the societies that created and used them, masks were considered to be complex and living personalities. The multiple meanings of the term ‘persona’ – which was the title of an exhibition at the RMCA in 2009 – describes well the main characteristics of masks. This ancient Latin word refers to the actor in theatre, to the role he plays, as well as to the mask he wears.

The contexts in which these objects were used were manifold. In several West African countries, they are still used to conjure up supernatural beings: divinities, nature spirits or ancestors. However, they are now increasingly taking on the role of entertainment. This is also the case in Congo, where some groups use them during dance performances.

The selection displayed here includes characteristic examples of a range of functions that masks usually have: witch hunters, protectors of harvests and villages, teachers during initiation rites, guardians of political power, promoters of fertility, representatives of the supernatural, guides for the deceased souls, avengers, comedians, etc.