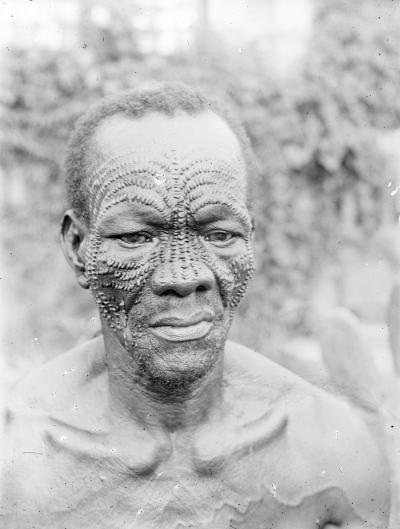 Auguste M. Bal was administrator in the Bangala district of the former Belgian Congo. Bal had great interest in the cultures of the Mbuja, the Ngombe and other population groups living in the district. He was an excellent observer who recorded valuable information in great detail. The museum has 142 ethnographic field photographs made by Bal that are a valuable source for studies about the Congolese provinces of Equateur and Mongala.

At the end of 1931, local officials in Congo were asked to gather fire makers from various regions and send them to the Museum of Belgian Congo in Tervuren. The request came from Joseph Maes who was head of the division of Ethnography at the time. Auguste Bal responded immediately and sent a set of fire makers in January 1932, together with a three-page text about the various aspects of fire-making among the Lobo. The accuracy of this information spurred Maes on to ask Bal for more information about the traditions and customs of the various peoples in the Bangala district.

The survey about fire makers was the start of a long correspondence between Bal and various museum conservators and he developed into a close co-operator of the museum. He compiled numerous legends and steeped himself into the history of various communities. He also described rituals and dances and carefully noted down basic information about ethnographic objects. He collected relatively few – about thirty – ethnographic objects for the museum, but contributed largely to the development of ethnographic documentation of a vast area in Congo.