Armand Hutereau as an ethnomusicologist 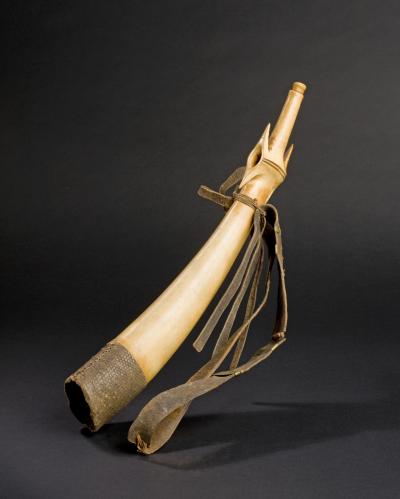 Armand Hutereau (1875-1914) gathered numerous musical instruments during the expedition for the Museum of Belgian Congo between 1911 and 1913. He also recorded music and filmed dance and musical performances. Although Hutereau was not a professional ethnomusicologist, his open mind, pragmatic approach and sense of accurate documentation led to a treasure of data and objects.

The Royal Museum for Central Africa has a total of 642 musical instruments that were collected by Hutereau. Some musical instruments are material witnesses to age-old traditions. Others indicate the skill of sculptors and instrument builders who adapted to the taste of Europeans and their preference for decorated objects of art. The beautifully decorated horns and harps with ivory necks of the Mangbetu bear witness to this.

Hutereau made 254 wax rolls with sound recordings in the area of the Ubangi and the Uele. These wax rolls were recently digitalised in the Ethnological Museum of Berlin. He was also one of the first to record moving images of native peoples on nitrate film. Hutereau’s travelling companion Vandenbrouck edited these images into a total of 80 film excerpts that are currently stored in the form of seven black-and-white rolls of film.

These films show scenes of everyday life. We see men making rope or playing games, women kneading dough or cooking, herds of elephants approaching a village, a mooring canoe, families going to church, and a European travelling through the country with a large group of porters. Each role of film contains excerpts in which music is made. A man is playing a slit drum in front of Hutereau’s lens and a dancer is accompanied by a xylophone. We can also see a chief dancing to rhythmic singing and dancing women in long dresses. A military marching band clearly indicates European influence.