The collection of photographs of Henry Morton Stanley 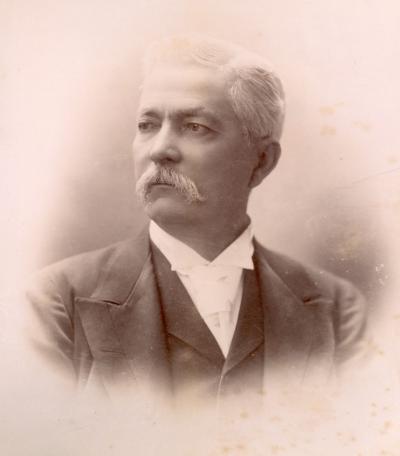 Four hundred pictures may seem few compared to the mass of Stanley’s archives, which amount to 7000 entries in the inventory. Yet, these items illustrate his life, African travels and social connections very precisely. Between 2000 and 2004, the King Baudouin Foundation bought most of these photographs, and the Royal Museum for Central Africa is holding the complete collection in trust.

Sizes vary from postcard and standard pictures to stereoscopic views. Stanley himself shot some of them during his travels. His family, in particular his wife Dorothy, took pictures of more familiar scenes. Others originate from famous studios. The Collection also includes the pictures sent or offered to Stanley by friends, fellow travellers, politicians, socialites and the like.

The collection covers various themes. Photographs of his African expeditions include those of King Mutesa of Uganda, Stanley's scouts, the Lady Alice crew, Tanganyika Lake shore, the banks of the Congo River and the Wagenia fisheries. They offer views of various missions and factories run by Europeans, and portraits of subsequent travellers on the shores of Cabinda after their crossing the African continent.

His photographic work shows the technical development of the medium. Taking pictures in the latter half of the 19th century was a difficult undertaking. Photography in Africa around 1874 entailed long exposure times, using very fragile glass plates and loss or damage risks due to hazardous trips and poor weather conditions. Only towards the end of his life would he resort to an automatic camera. Photographs were also used as lantern slides, the forerunner of modern slides, to illustrate the many lectures Stanley delivered all over the world. They show how competent he was in handling the medium.