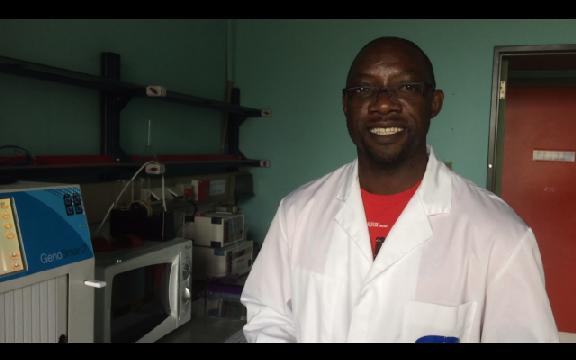 Project title: The role of southern African bulinid snails (Mollusca: Gastropoda) in transmission of human and animal schistosomiasis and other trematode infections

Snail-borne diseases are a group of diseases that are transmitted through specific snail species. These diseases affect more than 300 million people worldwide but also lead to economic losses and mortality in livestock. Bulinid snails for example, can carry schistosome worms, which in turn can cause schistosomiasis in animals and humans. In this project, we want to test the role of these bulinid snails in the transmission of parasitic worms in Zimbabwe. We compare morphological and molecular methods to identify the snail and the parasite.

Background: Snails from the Bulinus genus or bulinid snails can carry parasitic schistosome worms. These schistosomes can infect animals and humans, where they can lead to a disease called ‘schistosomiasis’. Several bulinid snails that transmit human and animal schistosome worms can be found in Zimbabwe. Most of the previous studies on these snails have based the identification of the snail species on their morphology. Molecular snail identification methods exist, but resource constraints have limited their use. However, it is important that these molecular methods are improved and implemented, as it is quite difficult to identify bulinid snails based on their morphology alone.

Aims: We want to investigate the role of bulinid snails in the transmission of schistosomes and other parasites among humans, livestock and fish in Zimbabwe, with a focus on lake Kariba and Mazowe. More specifically, we want to apply different methods, both molecular and morphological, to identify bulinid snail species and their parasites in order to identify possible infection transmission sites. We use techniques referred to as ‘PCR techniques’ (PCR = Polymerase Chain Reaction). These techniques are used to ‘multiply’ small amounts of DNA into larger amounts, needed for identification. We also want to identify the parasite species present in the snail tissue. In order to do this, we optimize and compare different PCR techniques.

Conclusions: This study has proven the potential of simple and cost-effective PCR assays to diagnose snail infection. Therefore, they are an ideal tool to identify areas that pose infection risk for humans and animal parasites. We developed an assay that can identify the schistosome species, present in the infected snail tissue. If the snail is infected by another trematode parasite, sequencing is needed to identify the parasite species. Once we have sequenced all existing trematode species in Zimbabwe, we will be able to develop a special PCR assay (RD PCR), similar to the one we developed for schistosome infections. This assay will allow us to rapidly identify all trematode parasites, without sequencing. This will ultimately lead to quicker diagnosis of the infections even under field conditions.

Video: https://vimeo.com/333340151
In this short interview, Dr. Maxwell Barson, from the University of Zimbabwe, tells us about his work on snailborne diseases, such as schistosomiasis.
Documents
Related publications