This panel discusses the work of Freddy Tsimba, his dialogue with objects from the AfricaMuseum's collections and the curatorial questions this has raised. 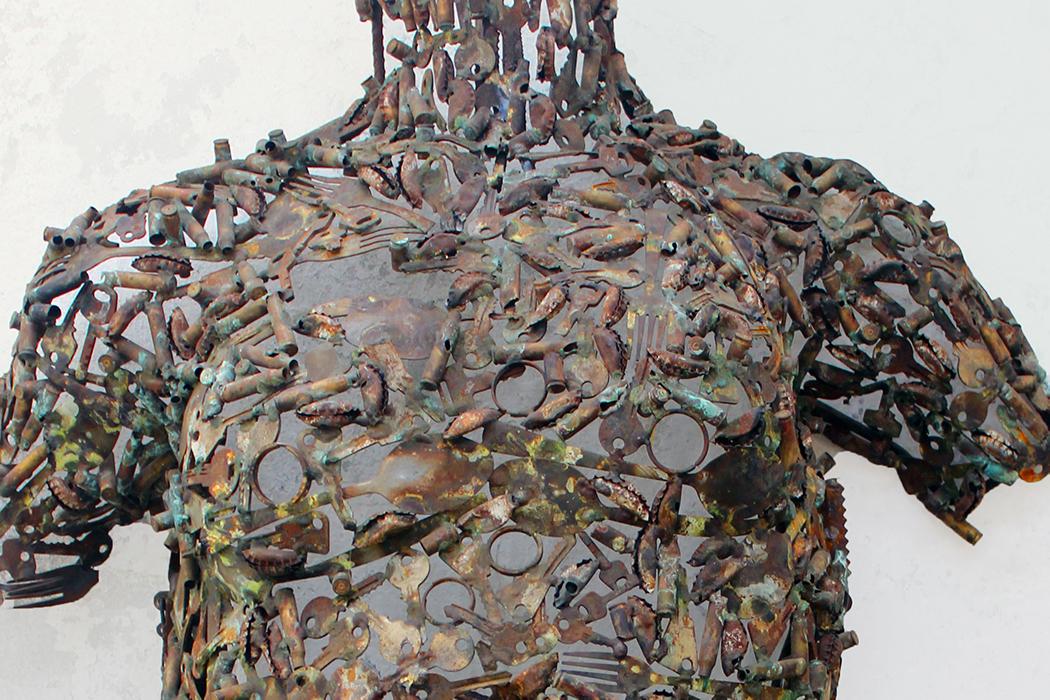 Freddy Bienvenu Tsimba (Kinshasa, 1967) is known and renowned in Kinshasa and the international art scene. He works with bronze and scrap metal. The independent and engaged Congolese artist is deeply attached to human rights, particularly those of the most fragile ‒ mothers and children. Tsimba is famous for his sculptures made from casings and cartridges and for his machete houses. He has participated in several editions of the Biennale de Dakar (2002, 2006 and 2008) as well as group exhibitions such as The Divine Comedy (2014), Kongo am Rhein (Basel, 2017) and Afriques Capitales (Lille, 2017) under the aegis of Simon Njami.

Nadia Yala Kisukidi is lecturer in philosophy at the University of Paris 8 Vincennes-Saint-Denis. She was Vice-President of the Collège International de Philosophie (2014-2016) and Programme Director at the CIPh (2013-2019). Member of the editorial committee of the journal Critical Time (Duke University) and of the Cahiers d'études africaines (CNRS, Ehess), she is currently co-curator of the Yango II Biennale in Kinshasa, DRC, which will be held from 5 November to 5 December 2021.
Nadia Yala Kisukidi is a specialist in contemporary French philosophy and Africana philosophy. She has published several books (individual or collective) and numerous articles.

Ayoko Mensah is a cultural expert and artistic programmer. Since 2016, she has been working for the Centre for Fine Arts (BOZAR) in Brussels. Of Togolese heritage, born in France in 1968, Mensah graduated in cultural management, literature and journalism in France. She has worked as an expert for several international organisations and cultural institutions (including UNESCO, the European Commission, the Africa Caribbean Pacific Group, AfricaMuseum,Tervuren). She has also written more than a hundred articles and co-authored several books.

Free, but registration is mandatory.