About the Stanley Archives (by Peter Daerden and Maurits Wynants) 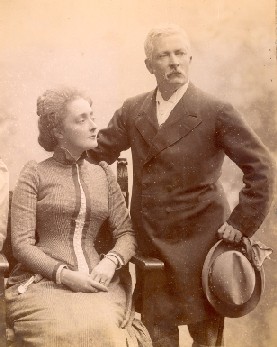 The Royal Museum for Central Africa (RMCA) has always been very interested in archive material (letters, maps, reports) related to exploratory expeditions in Central Africa in general and to the journeys and commissions of Henry Morton Stanley (1841-1904) in particular. When on 10 May 1954 the museum commemorated the fiftieth anniversary of the death of Stanley with a solemn ceremony and an exhibition, it already owned 34 of the 77 items presented. At that time these were principally donations from institutions and private individuals. On the occasion of this celebration, then director Frans Olbrechts contacted Denzil M. Stanley, the stepson of the explorer. A deep friendship developed between them that resulted one month later in a large donation of approximately 300 pieces of memorabilia including some extremely valuable items.

After the death of Denzil M. Stanley in 1959, the contacts were continued, now between Richard M. Stanley, the stepson of Denzil, and Mr. Marcel Luwel, head of the history department of the museum. He was given free access to examine and study the archives of Henry Morton Stanley at Stanley's country estate "Furze Hill" in Pirbright, Surrey. In 1982, this continuing friendship and the lack of interest in England for the life and work of the explorer resulted in Richard declaring that he was prepared to sell to the Belgian state all the inherited paper testimony that was present at Furze Hill. At the proposal of governor R. Lamy, the Société Générale de Belgique and five subsidiaries were prepared to pay the requested amount. The only remaining problem concerned the export licence, but a solution to this was found. The Africa Museum in Tervuren was the logical place to store the collection. To this end the former curator's residence to the left of the museum was completely renovated and renamed the "Stanley Pavilion". Particular attention was paid to fire protection, including the installation of fireproof vaults. The building was inaugurated on 24 February 1987 and since then the inherited archives of Henry Morton Stanley have been safely housed here. 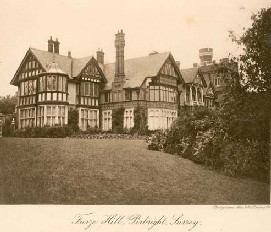 It was initially assumed that all of the archives were transferred from Furze Hill to Belgium in 1982. However, in 2000 Christie's contacted the museum to say that the family - Richard Stanley had died in the meantime - had found 4 more boxes with miscellaneous archive material. After inspecting the items, it appeared that they complemented those purchased previously. This time it was the King Baudouin Foundation that provided the required resources and purchased this second part of the archives. It is referred to as the Stanley Papers Part II.

On 24 November 2002, Christie's put up the entire contents of Furze Hill for auction. Interesting photo albums and other documents again surfaced, but the high prices being asked meant that only one lot could be purchased, the so-called "Belgian honours" (Stanley Papers Part III). Exactly one year later, a few items that had found no buyer the year before were put up for auction. We were able to acquire three lots (Stanley Papers Part IV). The purchase of these was also made possible by the support of the King Baudouin Foundation.

>>  A new system of ordering for the Stanley Archives