In the conflict region of north-east Congo, a revival of historically-rooted political traditions is accompanied by a growing interest in the past. Many of the material testimonies of this past came to the museum during the colonial period. Can a restored connection with this cultural heritage be a catalyst for peacebuilding processes in the region?

This is a central question of a new research project of the RMCA together with the universities of Ghent, Antwerp, and Uele (DRC).

The north-east of Congo has been affected by successive violent conflicts and has become isolated. Numerous actors are competing for local political power and legitimacy.

The resurgence of this traditional political culture goes hand in hand with a growing interest in the past and its material aspects. Examples of this are objects that represent the status of traditional leaders, such as headdresses, ceremonial knives, or musical instruments.

Because of the colonial collecting frenzy and political unrest, these (and other) ritual objects are no longer available to these communities. This loss, together with the loss of ancestral knowledge, is experienced locally as a cause of the current poor state of society.

Can reconnecting communities with their (shared) past promote peacebuilding in the area?

The project will examine contemporary African political cultures. A study of ritual objects in the RMCA collection and of their provenance will shed new light on the current discourse on authority and legitimacy in northeastern Congo.

‘Secondly, we will explore the potential of restoring the memory of and access to this lost heritage through digital restitution,' explains postdoctoral researcher Vicky Van Bockhaven, who came up with the original research proposal. Can knowledge of one's own cultural history have a positive impact on collective self-esteem? Can reconnecting communities with their (shared) past promote peacebuilding in the area?

Digital restitution is very broadly conceived in the project, although its concrete form is still open. ‘During fieldwork, we want to determine together with local stakeholders what is desirable and feasible, and develop digital products that closely link up with existing infrastructures and media, such as smartphones or radio and TV channels,' explains historian and project coordinator Hein Vanhee.

‘The digital trajectory has been determined, among other things, by the current legal obstacles to material restitution, but at the same time it is also intended to prepare the way for the actual return of objects in the future. From the thorough consultation with the partners involved we hope to be able to develop a model for future sustainable material restitutions’, says Hein Vanhee. 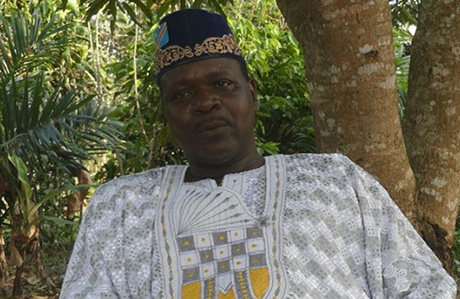 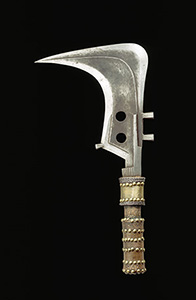 Objects representing the status of traditional chiefs, such as headdresses, ceremonial knives, or musical instruments.
(EO.0.0.8554) 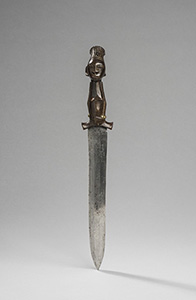 Objects representing the status of traditional chiefs, such as headdresses, ceremonial knives, or musical instruments.
(EO.0.0.14996) 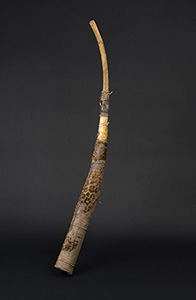