A History of Destruction and Protection of Congolese Nature (1885-1960)

Patricia Van Schuylenbergh, historian at the museum, has published the book Faune sauvage et colonisation. Une histoire de destruction et de protection de la nature congolaise (1885-1960). This book sheds new light on a little-known aspect of Belgian colonisation in Central Africa. It traces the context, evolution and consequences of the wildlife conservation policies put in place under Belgian colonisation in the Congo (Congo Free State and Belgian Congo) to cope with the increasing disappearance of species hunted in the field.

Although the Congo Basin is one of the regions most affected by biodiversity loss, this alarming phenomenon is not new.

Analysis of historical documents shows that it was part of the predatory systems set up in Central Africa as early as the second half of the 19th century, and amplified under the Congo Free State and Belgian colonisation. Elephant hunting, mainly motivated by ivory, was bringing significant revenues to the government, while other species were hunted for economic benefits, sport hunting, scientific or prestige motivations.

‘Hunting game for meat and elephants for ivory were important, even crucial steps in the formation and consolidation of the Congo Free State’, says Patricia Van Schuylenbergh. ‘It is the physical and financial lifeblood of the Leopoldian enterprise, even before the advent of the rubber regime. This destruction continued throughout colonisation.’

Contrary to what one might think, the desire to protect wildlife existed long before the environmental conservation movements we witness today. As early as the end of the 19th century, faced with the destruction of wildlife in most African colonies, various personalities - scientists, hunters, politicians, etc. - alerted their governments and public opinion in several European metropolises.

In response, the Congo Free State created its first elephant reserves, ‘even though these were mainly economic reserves whose aim was to perpetuate and monopolise the exploitation of ivory for the benefit of the State’, notes Patricia Van Schuylenbergh.

Nevertheless, warnings about the destruction of wildlife continued in Europe as in the United States. The first major international wildlife protection conferences were held in London in 1900 and 1933.

‘The question of whether wildlife should be preserved in the strict sense, or whether it should be managed in a more rational way, exploiting one part and protecting another, has always been a stumbling block in Belgian colonial policy. The latter swung between these two dimensions and established a cumbersome legislative apparatus which regulated hunting as well as hunting reserves under different statuses.’

At the same time, four national parks - Albert (now Virunga), Upemba, Garamba and Akagera - were created under the control of a parastatal organisation. ‘These parks were considered as integral natural reserves and study laboratories for scientists in the field. Their approach was radical and implied evicting the people who lived there before. Consequently, their management was complex and marked by multiple pressures.’

The paradox of the museum

Wildlife has also been hunted for scientific and museum purposes. ‘The Musée du Congo belge played a paradoxical role in this context’, explains Patricia Van Schuylenbergh. ‘While becoming a great defender of wildlife protection through the publication of its African zoology journals, the museum has also contributed to the destruction of wildlife by stimulating the collection of specimens. By drawing the attention of researchers and international hunters to the "discovery" of certain species such as the eastern gorilla, the white rhino, the forest elephant or the okapi, the museum opened the way to regions that had been little exploited until then. Many foreigners came to the Congo to provide other museums and zoos with specimens...’

‘Before the Second World War, national park scientists blamed the colonisers as the main plunderers and destroyers of the African environment’

The final chapter of the book illustrates some stereotypes about who destroyed wildlife.

‘In the literature, Europeans generally considered Africans to be responsible for the destruction of wildlife, for example, through indiscriminate or "barbaric" hunting. Interestingly, just before the Second World War, it was national park scientists who blamed the colonisers as the main plunderers and destroyers of the African environment and its natural resources through aggressive industrialisation and intensive agriculture that degraded soils and destroyed local communities.’

‘Victor Van Straelen and Jean-Paul Harroy were, in this context, unsung whistleblowers long before Rachel Carson's Silent Spring (1962), for example.’ 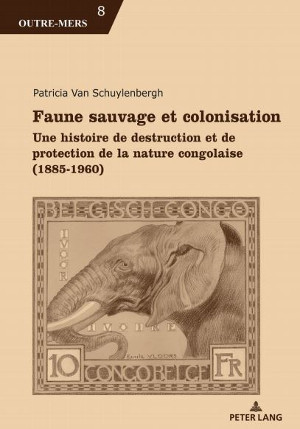