Stop Filming us: Belgian premiere followed by a debate

The question arises whether a Western filmmaker is able to capture anything of truth about RD Congo.Do Western ‘good intentions’ only cause destruction and frustration? 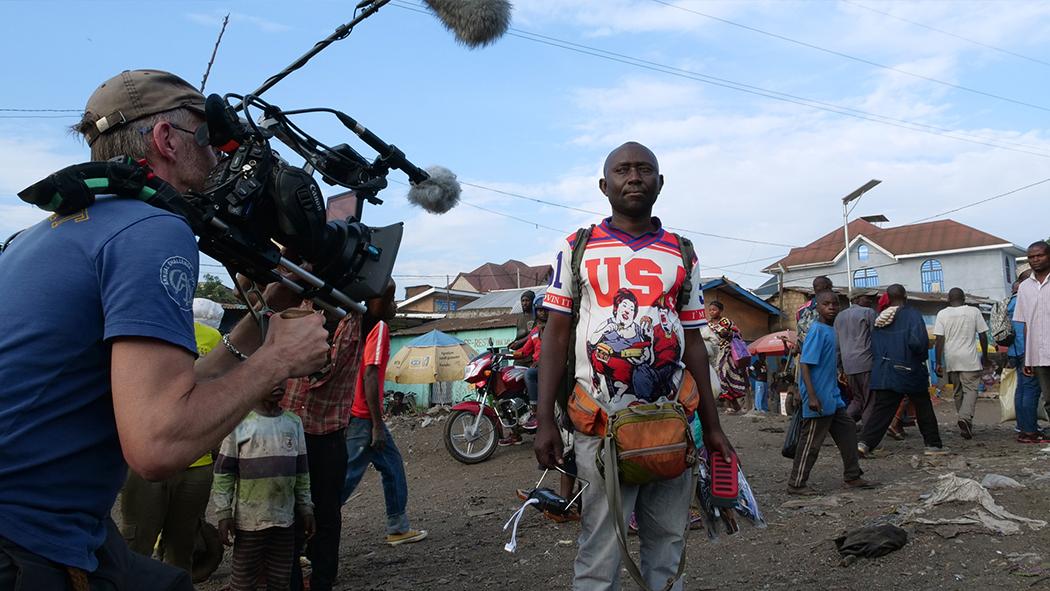 In the filmmaker’s choice to confront issues openly with three young artists from Goma (DRCongo), the film takes an uncompromising look at Western imagery.

'Stop Filming Us' was scheduled to premiere on 21 March 2020 before being added to the museum’s programme, but the COVID-19 pandemic and the resulting lockdown decided otherwise. AfricaMuseum then invited DOXY Films, the production company, to organize a webinar for the film’s Belgian premiere, followed by a public debate.

With the confirmation of your registration, documentary and debate will remain available online until 1 May 2020, 5 p.m.