A Dialogue on Infrastructures and Mobilities in Africa 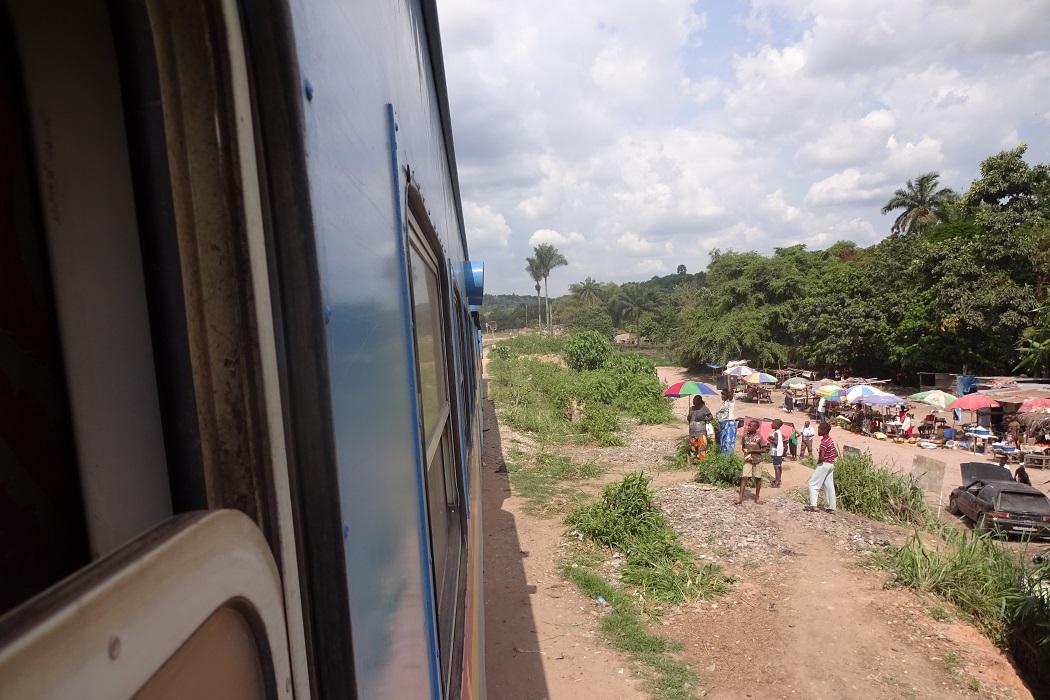 Studying the construction of railway lines across the African continent is crucial for understanding the logic of land colonisation, the exploitation of people, the extraction of natural resources and the transportation of goods to and from metropolises. The development of quintessential modern transport in Africa at the end of the 19th century had a lasting impact on the landscape, but also on the urban planning of cities and it still plays a role in the mobility of people, goods and ideas today.

During one evening and a day of conferences, researchers and artists will offer alternative views on railway transport in Africa by confronting the diversity of narratives linked to it from a post-colonial and transnational perspective. All these narratives need to be examined in order to understand the scale and complexity of such an undertaking and its human, geographical, urban, political and social consequences. Contributions will not only focus on the past but will also take stock of the present and future of these railway lines — some still in service, others abandoned, some being restored — and of the railway infrastructure.

In the weeks leading up to the conference, artists Alexandre Kyungu Mwilambwe will be in residency at Wiels (Brussels) and Arnaud Makalou at the AfricaMuseum (Tervuren). During the conference, these artists will share their viewpoints and explain the influence of the railways in their work. Curator Anne Wetsi Mpoma develops and follows up the artistic interventions. By entering into dialogue, artists and researchers will stimulate new approaches to this important aspect of history. A work-in-progress exhibition, created by Professor Johan Lagae, doctoral student Robby Fivez and their students from the Department of Architecture and Urban Planning at Ghent University, will offer a new cartographic reading of mobility based on five railway lines across the African continent.

Johan Lagae is Professor of Architectural History at the University of Ghent, where he obtained a PhD in 2002. His research focuses on colonial and post-colonial architecture and urbanism in Central Africa, and he has also published on colonial building heritage and colonial photography. In 2007, he was chercheur invité at the Institut National de
l’Histoire de l’Art in Paris, and more recently, a fellow at the Institut des Études Avancées in the same city. He has compiled two books about the history and architecture of Kinshasa and has curated numerous exhibitions relating to the Congo and Africa, from The Memory of Congo: The Colonial Era (2005), and Congo belge (in images) (in collaboration with Magnum photographer Carl De Keyzer, 2010), to A chacun sa maison. Housing in the Belgian Congo 1945-1960 (Brussels, 2018).

Robby Fivez graduated in 2015 as an architect and engineer. From the fall of 2015 onwards, he has been employed as a PhD researcher at Ghent University, first in the framework of the FWO-funded project ‘Tout le Congo est un Chantier’, now as a research and teaching assistant. In his current research he confronts the fields of construction
history and colonial history, understanding the material processes behind the production of the colonial built environment. He is currently writing his PhD-dissertation under the working title A Concrete State. Building Ambitions in the (Belgian) Congo, 1908-1964. In a side-track of this research, he started to investigate the transformation of the landscape along the Matadi-Kinshasa railway line. Robby participated in international conferences and workshops and published research papers and articles, among others in the Architecture Beyond Europe journal and the Journal of Landscape Architecture.

Anne Wetsi Mpoma is an art historian, curator, author, and gallery owner. She proposes solutions to deconstruct and reinvent the arts and the imaginary for a more inclusive society. Director and founder of the Wetsi Art Gallery (2019, asbl Nouveau Système Artistique), an interdependent space that builds bridges with diverse audiences, particularly institutional ones, by showing the work of artists marginalized because of their "race", gender, sexual orientation, ethnic origin and/or "disability". In her essay Resisting in the arts and culture in a postcolonial context (in Being Imposed Upon, 2020), she analyses the power relations between Belgian Afro descendent women artists evolving on the margins and the holders of dominant power on the contemporary art scene. The exhibition project Through her (True her) addresses the same theme by bringing the works of these marginalized artists into dialogue with those that have joined the collection of the Museum of Contemporary Art of the City of Ghent (S.M.A.K.), following research carried out by the co-curator of the project, Pascale Obolo. She is currently participating in the work of the experts appointed to draft a first report to guide the members of the House of
Representatives participating in the commission charged with analysing Belgium's colonial past and its current consequences.

A production of: UGent, AfricaMuseum and EUROPALIA Arts Festival with the support of Wiels and Bistro Tembo.

Language
The event will be mostly held in English with some interventions in French.
Price

€ 10 (including lunch, coffee break and drinks)