Small and overlooked: how parasites pose an invisible burden on hippos in artificial lakes in Zimbabwe

Man-made lakes are breeding grounds for invasive species such as freshwater snails. Because snails can transmit parasites, the lakes are crawling with parasites that infect hippos. This is what biologists from the Royal Museum for Central Africa (RMCA), KU Leuven and the University of Zimbabwe have observed in artificial lakes in Zimbabwe. Fueling infectious diseases is an indirect consequence of human intervention in nature that is still too often overlooked, the researchers say.

Large artificial lakes can benefit the socio-economic development of a region. But dam constructions have also drastic consequences for the natural environment. It opens the door to the introduction of exotic and invasive species. The lakes can act as a breeding ground for vectors and intermediate hosts of parasites, which can pose a threat to humans and animals. A well-known snail-borne disease is liver fluke disease, which leads to serious production losses in livestock industry worldwide, but it can also affect humans.

The threat from indirect effects of human intervention in nature, such as fuelling infectious diseases, is all too often overlooked

In a new study, researchers led by Dr. Tine Huyse (RMCA) report no less than four different parasite species infecting hippos. They show that they are transmitted by six different snail species in Lake Kariba and Mwenje Reservoir in Zimbabwe. Two of these snails are invasive and native to North America and Asia. ‘From previous research, we already knew that these invasive snails transmit many parasites, but not yet to which definitive host. DNA research now shows that hippos are the victim’, explains Tine Huyse (RMCA).

The parasites infect the liver, stomach and circulatory system of hippos. The consequences have not yet been thoroughly studied, but similar infections have a major impact on the health, life span and reproduction of elephants and rhinos. Therefore, the researchers expect a similar impact on the hippo populations.

‘Our research, combined with historical data, allows us to conclude that the transmission of parasites to hippos has most likely increased as a result of the creation of Lake Kariba and subsequent biological invasions,' explains PhD student Ruben Schols (RMCA, KU Leuven).

Hippos are classified as vulnerable on the worldwide protection status list. 'Humans impose considerable pressure on these and other large herbivores through hunting, poaching and habitat destruction. But the threat from indirect effects of human intervention in nature, such as fueling infectious diseases, is all too often overlooked. The impact of parasites on the disappearance of wild fauna might be severely underestimated. It should be an integral part of conservation policy', Schols said. 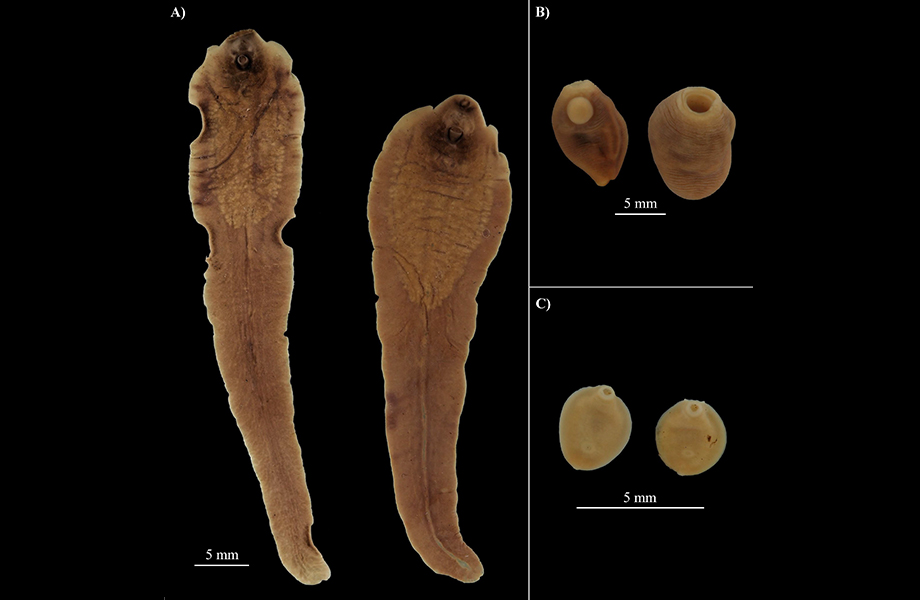 Three species of parasites found in the liver and stomach of a hippopotamus from lake Kariba. © Schols et al. 2021 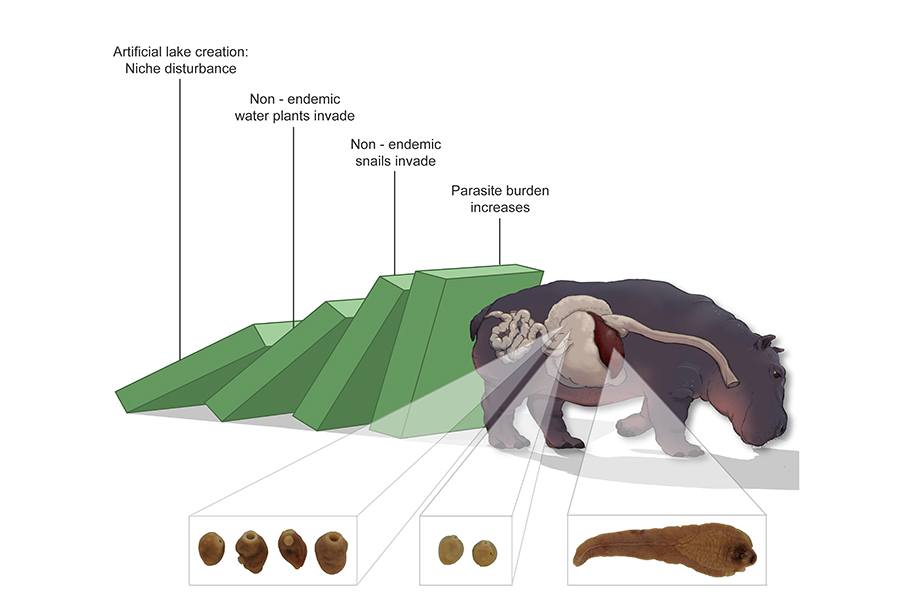 Schematic representation of the cascade of biological invasions resulting from the creation of artificial lakes. © Schols et al. 2021