The Collectif Faire-Part, the Waza Art Centre, the AfricaMuseum and the CEC invite you to a preview screening of a compilation of excerpts from discussions held in DR Congo on human remains in Belgian collections. Restitution, repatriation and reparation are some of the topics discussed. 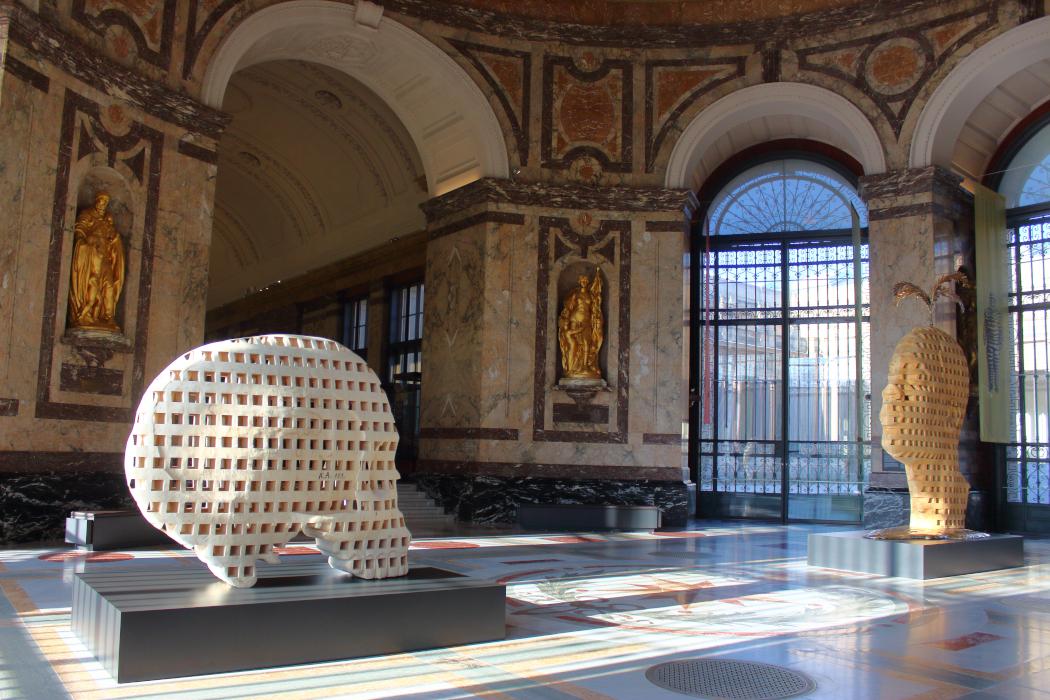 The programme includes two short films on the decolonisation of museums and restitution, as well as a first compilation with the working title ‘The Shadow of Words’. Afterwards, the film researchers from Waza and Faire-Part will share with the audience the conversations they have had with Congolese artists, academics, museum professionals, politicians, civil society activists and possible descendants. The audience has a unique opportunity to interact directly with the Waza and Faire-part film researchers.

This compilation was made in the framework of the HOME (Human remains Origins Multidisciplinary Evaluation) project. HOME is a Belgian federal scientific project led by seven institutions: the Royal Belgian Institute of Natural Sciences, the Royal Museums of Art and History, the National Institute of Forensic Science and Criminology, the Université Saint-Louis - Brussels, the Université libre de Bruxelles, the Université de Montréal and the AfricaMuseum.

Patrick Mudekereza is a writer and cultural operator in DR Congo. He has a background in chemistry (University of Lubumbashi) and art history (University of Witwatersrand). He is currently artistic director of the Waza art centre in Lubumbashi. He has contributed to several art projects, including the organisation of several exhibitions, such as Congo Far West in 2012 at the AfricaMuseum. In 2015, he was awarded the Congolese national prize "Art, science and literature". In the framework of HOME, he collaborated in mapping Congolese interlocutors and filmed conversations in Lubumbashi.

Joseph K. Kasau Wa Mambwe is a visual artist, filmmaker and author. He lives and works in Lubumbashi. A graduate in Information and Communication Sciences from the University of Lubumbashi with a specialisation in performing arts, his artistic practice lies at the intersection of film, video art, photography and creative writing. His work addresses the complexity of memory and identity in a post-colonial urban context. He participates in the HOME project as a cameraman and researcher for Waza.

Stéphane Kabila has a background in philosophy and curatorial practices. Since 2018, he has been working on critical writing projects for the cultural centre WAZA in Lubumbashi. He recently became artistic director of the Livingstone office for Contemporary Art in Zambia and also a member of the Lubumbashi working group of the Another Roadmap of Arts Education Africa cluster. He is currently the artistic director of Afreximbank in Lubumbashi. In the framework of the HOME project, he has spoken with Congolese interlocutors about the collections of human remains in Belgium and the future possibilities of repatriation to Lubumbashi.

Nizar Saleh is a graphic designer, filmmaker and photographer. In 2013, he attended a film course in Kinshasa organised by INSAS. He is currently training at the Academy of Fine Arts. In the meantime, Nizar has worked on several documentaries and, together with fellow filmmaker Paul Shemisi, he founded the production company Kimpavita Films. Within the framework of the HOME project, Nizar established initial contacts with Congolese artists and academics in Kinshasa.

Paul Shemisi started working as a camera assistant for foreign film crews. After gaining experience, he studied film at Ateliers Action, a film programme organised by the Institut Supérieur des Arts in Brussels. He worked on several films as co-director, scriptwriter, producer and cameraman, including Renaud Barret's Système K. He also contributed to conversations with Congolese interlocutors about collections of human remains and future possibilities for repatriation in the HOME project in Kinshasa.

This event is one of the activities planned during the visit of the art centre WAZA (Lubumbashi) and the Collectif Faire-Part (Kinshasa) as part of the HOME project.