The healer against the illness of the body and the mind: in the past and nowadays (by Jean Lehmann)

Who is the healer? Which class is he of? What is his function? Does this one evaluate? Is this some sort of vocation? 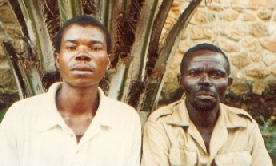 To draw a classic portrait is impossible for those who accepted to spontaneously talk were scarce. Nevertheless, regarding the mass respect some of them get and the rituals, which accompany some treatments, we can easily say that they are more than simple apothecaries. Generally speaking, they are peasant, dedicated to the earth, working on it or let it cultivate. Men among other men, nothing distinguishes from the common of the people, they live the same life as their patients. But sharp observers all the facts and deeds of the inhabitants of the hills, they become their privileged advisors.

Times have changed. The evangelization bore some fruits, leader classes have been modified, and there is a change in mentality. Even the inhabitant of the deepest wilderness knows that Burundi no longer is the centre of the world and that values of the outside world exist next to their traditional ones. If nowadays the seer sometimes remains a dreaded man, he does not have the exclusive control of the souls any more. He had to change. Today he becomes more and more a traditional psychologist as well as a qualified apothecary.

We must keep in mind that in the traditional society, sickness, if it lasts, becomes an indication or the proof of a conflict between the "patient" and his clan, family or a dead or living person. It constitutes the subject of reflection of the patient, his acquaintances and of the "traditional doctor" regarding the place of the disturbed one and thus disturber of his environment. In fact, the sickness of a man is only of secondary importance. What is important, is the maintenance at all cost of the order and the tranquillity of this particularly complex society.

The role of the seer-healer is to discover or guess why this disruption has occurred, to cure it and sometimes to heal. The The cause of the sickness is rarely considered as a natural one. It's the will of other people to imperatively manifest themselves. The reasons appealed to are various: personal intimacies, customs taboos that were not respected, irritated dead ancestors, victim behaviour that is disapproved of by the community, etc. The seer-healer becomes then the judge in conflicts between men and the imaginary world, the irrational, the hereafter. As the guardian of the customs, his role is essential in a society with an oral tradition, which functioned without any structured justice, police or prisons.

Nowadays, facing consultants disconcerted by the anarchic evolution of the structure of the society, the healer remains the only guardian of the traditions to which the African populations stay profoundly attached. The sickness, often without any relation with the so-called reasons, allows him to remind them of the rules, sometimes to modify these and to force the men to respect them, because he is the only one who can interpret the signs, question the spirits, calm them; he is the only one who has the power to re-establish the balance. His moral influence allows the social peace between the living as well as between the living and the dead. He is able to bring a suspicious individual back in his environment or to send him away for good. Sometimes he also heals the body and if the treatment fails he can always invoke some violation of a hidden taboo, the ancestor we cannot calm down or the Spirit who refuses to intervene. In Burundi, his authority is re-enforced by some differences of this society in comparison with other African ones, which makes it original.

So on this small territory, several socio-cultural groups have linked their way of life, have adopted a common language and have mingled a little. We must know that Burundi belongs to this array of territory where West African Bantu cultures have mixed with the cultures of the nomadic shepherds on the territory of a former pygmylike inhabitant. In Burundi, the Hutu represents the Bantu culture and the Tutsi or Hima the shepherd culture. If the leadership of the public life was for long reserved to the Tutsi lineage, the influence of the agrarian people, the Hutus, was not unimportant for most of the seer-healers came from this ethnic group. 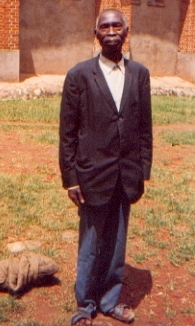 We have reduced for too long the past history of this country to a dualism shepherd-warrior and farmer-customer. By doing this we forget that the Tutsis were long settled in Burundi. The farmer has gradually established himself as an ally, which made it possible for Hutu seer-healers to gain influence even in the Royal Court. No important decisions were made without them. Travels, important judgments, nominations, wars, everything was submitted to their approval. They were, of course, not the centre of the public life but they were the privilege witnesses, often the influential inspirer, always the living archives and so the guardian of the tradition, necessary allies of a power typical of a oral civilization.

So emerges a society of extraordinary men, seers, exorcizers, healers and ritualists, who at every step of the social scale lead the unconscious of the individuals. Men of both ethnic groups sought them for advice. Knowing many life facts and the history of their lineages, they imposed, an identical attitude regarding life difficulties, sickness and death on all the members of these two, so often conflicting, ethnic groups Their institution served as link, making a stable alliance between the two populations possible for centuries.

Furthermore many behaviours, attitudes and mentalities seem to mingle in this small country in order to create a society where suspicion, hate and revenge are the rule. To be able to understand it we should take the time to study the social organisation of the family, the absence of initiation rites and of age classes, the religion, the cult of fecundity and the fear as a sacred happening. This in order to explain why, in this small part of the continent, the great collective and reconciling rites, very much known in other central African population, are so bitterly missing here. This is not the goal of this publication but the reader has to know that among other African populations, the society undertakes a part of the psychological burden of the individual (initiation and reconciliation rites, age classes, collectives and popular dances, etc.).This is not the case in Burundi. Here a part of this role is given to the seer-healer, which strengthens his influence even more.

In most cases, his initiation is long, given by an older and last as long as this one lives. We did not meet any young healers in Burundi. His instructions has two goals: First: let time goes by and let him get the aptitude to listen and observe the other, what makes a good seer-healer. Secondly, he has to learn the plants' systematic and their medical properties. The healer is always considered has a good man. He has to ward off the bad spells and to fight against poisonings. So he has to recognize the dangerous plants, the poisons and anti-poisons. This pharmacopoeia takes time to be mastered. Sometimes, in order to complete this instruction, the family send him far away to be with more experimented colleagues and this at great expenses. 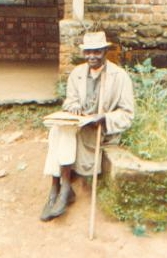 There also are "inspired" healers, specialists of psychosomatic diseases, initiated when they were themselves following a treatment against a mental disease. They were asked to heal new patients for they know the world of the crazy, the one where, possessed by the spirits, they travelled in and came back from.

In the cities, at last, simple herbalists are to be seen. Some of them have some efficient recipe and their places stays full. Others don't hesitate to mix their herbs with a modern drug.

Are they priest of the cult of Kiranga (mythic hero who intervened between the supreme being, Imana and men)? Surely they are not! This cult mixes the ethnical groups, the rich and the poor, the powerful and the humble. The healer will be an initiated person, sometimes privileged, among others but without getting any specific formation or feel a particular vocation. Besides, this initiation does not prevent him to participate at some cult, Christian or Muslim, sometimes by opportunism but often to stay on the same level as the other human beings.

Finally, there are all those the European cannot approach. In the past, the Royal Court, the princes, the mighty, were surrounded by cohorts of seer-healers, wizards, amulet makers... who ruled over the subconscious of the powerful. Nowadays most of them have vanished but it is common knowledge that some politicians are regularly seeking advice at seers, carefully chosen and completely devoted to them.

Those are unapproachable and are of no interest for researchers working on popular medicine.