Monograph of the province of Mai-Ndombe (DRC)

On 14 October 2019, the RMCA published the 12th volume of the series of monographs featuring the new provinces of the DRC. Entitled Mai-Ndombe. Mosaïque de peuples établie sur un patrimoine naturel, the book paints a picture of the many facets of Mai-Ndombe province: physical, human, historical, administrative, and socio-economic. Like previous volumes in the series, this monograph can be downloaded free of charge from the museum website.

A province with a grim past

The former district of Mai-Ndombe became a province in 2015 and is named after the lake found in its centre. The term 'Mai-Ndombe', meaing 'black waters', was given to the lake by the Bakongo porters of Henry Morton Stanley when the latter passed through the area in 1882.

Historically, the province of Mai-Ndombe partially overlaps with the personal reserve of Leopold II, known as the 'Crown Domain', in the Congo Free State. The rubber-rich region was bled white by the system of economic predation organized by the then king, which suppressed all other forms of trade that competed with it and abandoned certain territories and their inhabitants to brutal treatment by European agents and their auxiliaries.

A geographic and human mosaic

Mai-Ndombe is a heterogenous province. The lake’s central position serves more as a geographic marker rather than a unifying element. The sparsely-populated forests of the north and east stand in contrast to the densely-inhabited pockets found in the savannahs of the south and west. A common denominator for the manner in which Mai-Ndombe populations are organised is thus hard to find.

Three-quarters of Mai-Ndombe province is covered by forest containing exceptional biodiversity. A number of conservation areas have been created, and the province receives significant funding to preserve them. But the wealth of this globally recognized natural heritage stands sharply at odds with the precarious socio-economic situation of its inhabitants, whose intensive farming practices are often singled out as being a leading cause of deforestation.

This publication is the 12th volume in the series on the 26 provinces of the DRC. The richly-illustrated tome, more than 600 pages long, comprises five sections covering different aspects of the province:

This monograph, like the ones that preceded it, are published in the framework of the Provinces project. Launched in 2008, the project is funded by Belgian Development Cooperation (DGD) and is led by a team of RMCA researchers, in collaboration with the Centre d’Études politiques (CEP) in Kinshasa and the Centre de recherche et de documentation sur l'Afrique centrale (CERDAC) in Lubumbashi.

The upcoming monographs will feature the provinces of Nord-Ubangi, Ituri, and Tshopo. 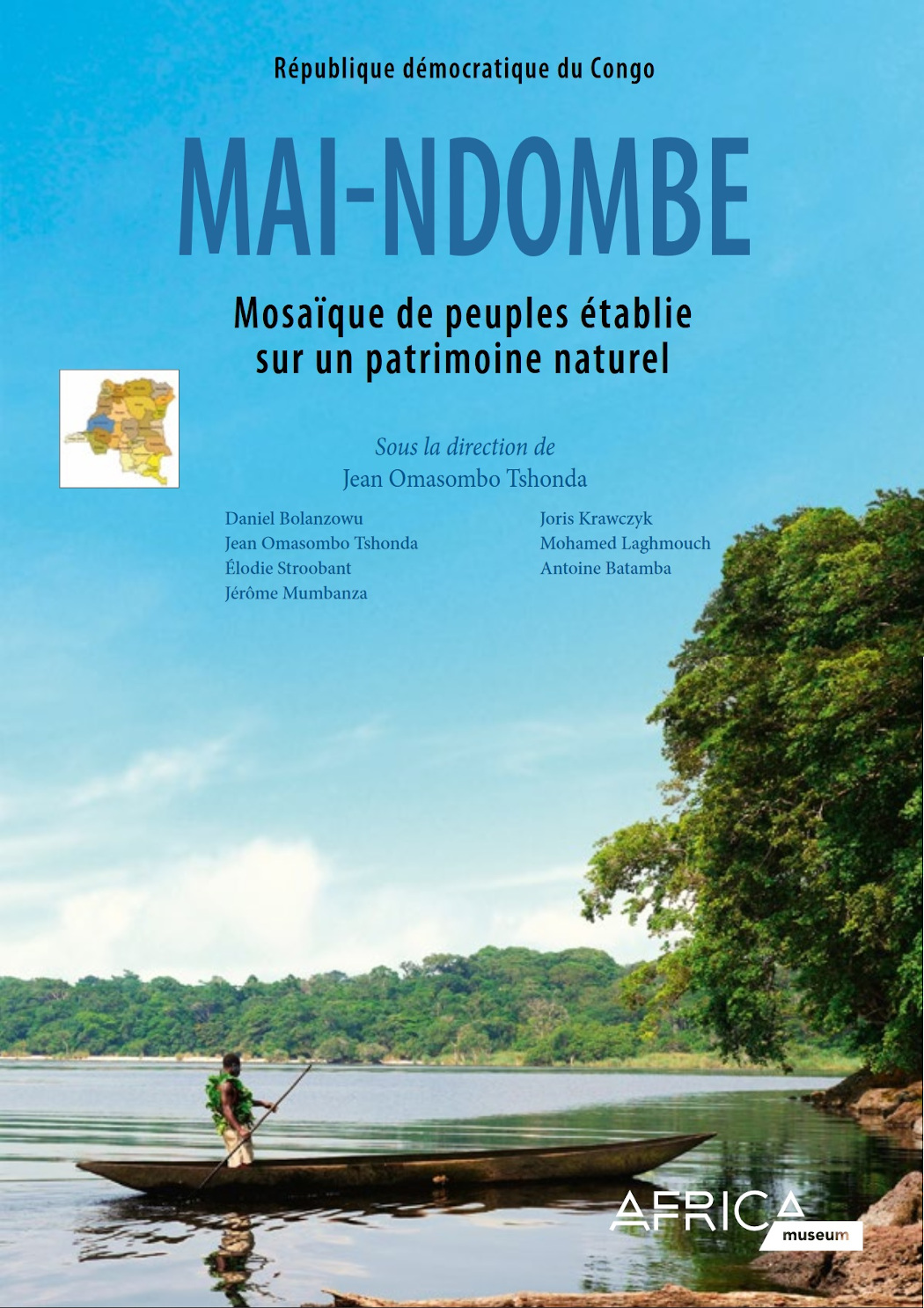 The book can be purchased as a hard copy or can be downloaded for free:
Mai-Ndombe. Mosaïque de peuples établie sur un patrimoine naturel (PDF 18 Mb)

All available monographs can be downloaded here

Learn more about the project